Android’s screen display is particularly useful, allowing the phone to display basic information such as date, time, and notification, even if the phone is locked and placed on the table. Usually, the phone display doesn’t always turn on, it only shows the most important parts, and there’s no need to tap the phone or pick it up to see important information.

As early as 2009, Nokia introduced the always-on display function on its N86 8MP phone, but Apple did not introduce the “all-weather display” function until today’s iPhone 14.

Although it is late, Apple’s iPhone 14 Pro all-weather display is bound to be superior to Android’s screen display. Compared with Android machines, the biggest difference between Apple’s screen display technology is that the iPhone will continue to display your lock screen wallpaper, colors and everything, only obviously dimmed, but the whole screen will really be “always on”. 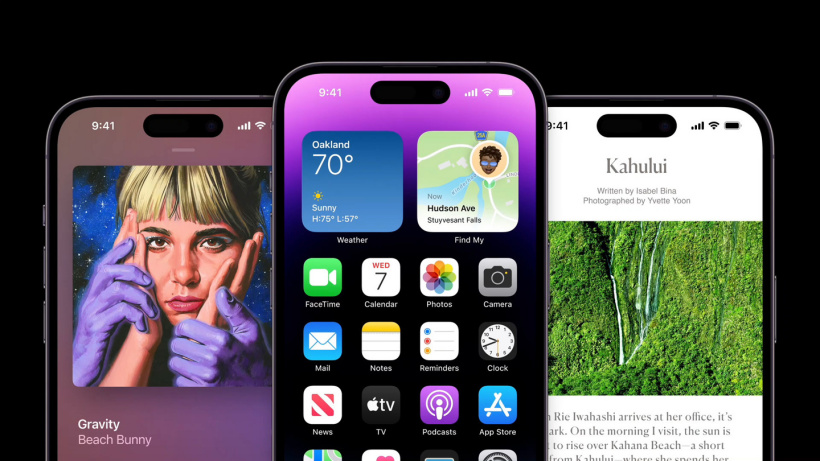 Why did Apple wait so long to add this feature? At least one reason is that it’s waiting for a technology that can make its screen display perform better than its competitors.

What is the apple iPhone 14 Pro 24/7 display function for?

In addition to the lock screen, 24/7 display is available for the Apple Maps, Phone, and Voice Memos apps. In the Maps app, the map is hidden, showing only the directions, arrival times, and remaining distances. In phone and voice memo apps, various parts of the interface are dimmed.

The 24/7 display also supports the Virtual Apple TV Remote Control feature in the Control Center, allowing use without unlocking your iPhone. This remote control is available on all Apple TV 4K and Apple TV HD models, third-generation Apple TV, and Smart TVs that support AirPlay 2.

Some early reviews of the iPhone 14 Pro pointed out that the all-weather display has an impact on battery life, and it is unclear how much Apple’s infoscreen display has an impact on battery life. However, given that in 24/7 display mode, the display drops to a low-power state at a refresh rate of 1 Hz, the impact is not significant, and the function can also be turned off under Display and Brightness in Settings.

Compared to a few years ago, the iPhone 14 Pro model is a bigger leap forward than the basic iPhone. While users are expecting a better camera and some other exclusive features, the screen display is a clear and useful change for those who see it with their own eyes.

Do you like the 24/7 display feature of the Apple iPhone 14 Pro?