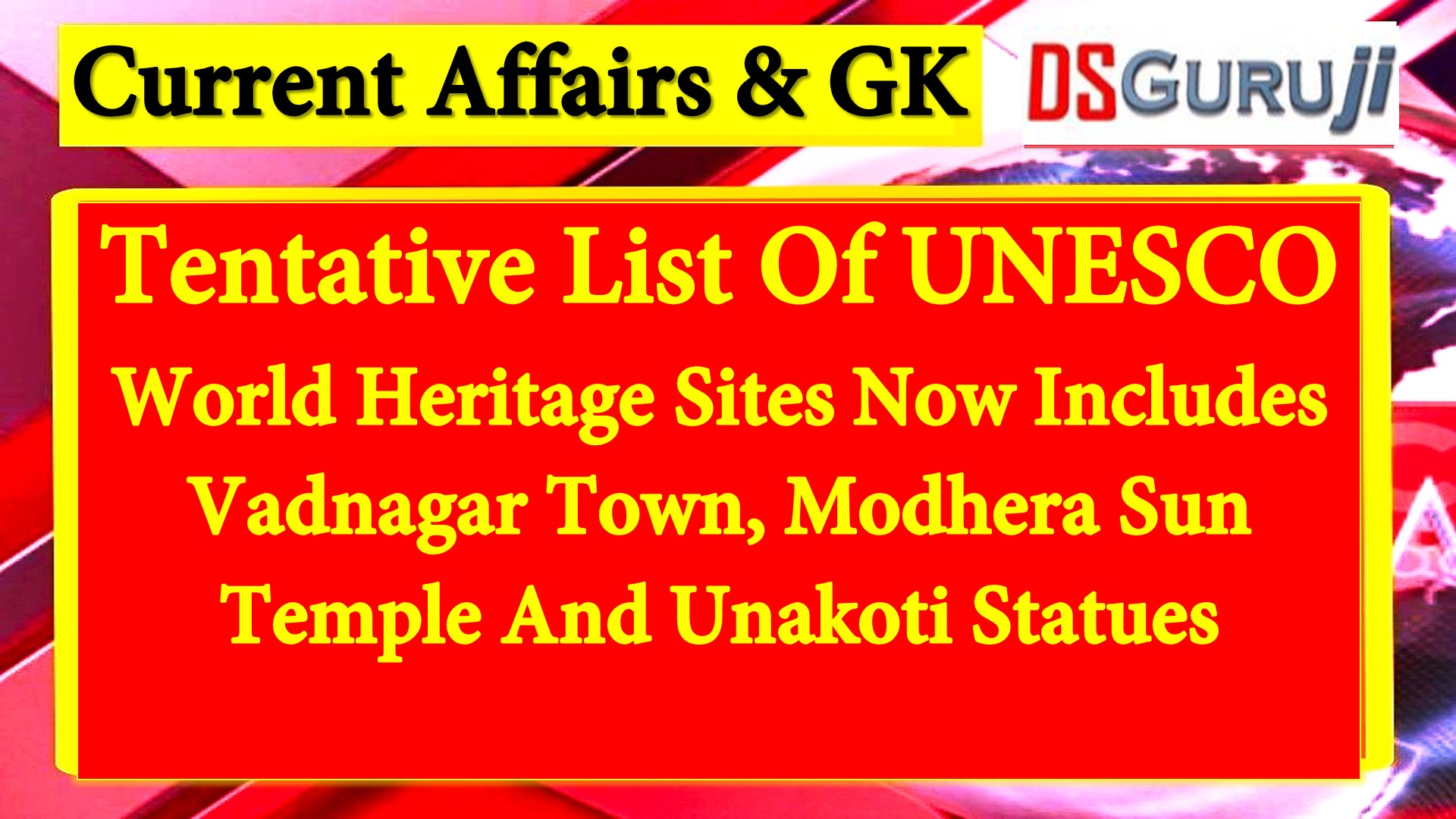 According to the Archaeological Survey of India (ASI),3 new cultural sitesin India have been added to the United Nations Educational, Scientific and Cultural Organization’s(UNESCO)provisional list ofWorld Heritage Sites. They are as follows:

The UNESCO tentative list is “a list of properties that each state party wants to consider for nomination,” and it highlights India’s vast natural and cultural heritage diversity.

TheSun Temple in Modhera, Gujarat, is dedicated to the Sun God and is located on the left bank of pushpavati river, a tributary of rupan river.

Vadnagar is a municipality in Mehsana district of Gujarat.

ii.The city still has a significant number of historic buildings, which are mostly residential and religious in nature.

Unakoti, the fabricated“Angkor Watt of the North-East”, is a series of Shaiva rock sculptures found in the northern region of Tripura.

ii.Unakoti, located in the Raghunandan hills, about 180 kilometres from Agartala, is home to huge base-relief sculptures dating back to the 8th and 9th centuries.

52 “sites on tentative list” asdefined by UNESCO, temples at Bishnupur in West Bengal (added to the list in 1998), Mattancherry Palace in Kerala (added in 1998), wild donkey sanctuary, and Small Rann of Kutch in Gujarat (added in 2006) are also included.

ii.So far in 2022, 6Indian sites have been included in the tentative list.

In November 2022,the “2022 UNESCO Asia-Pacific Awards for Cultural Heritage Conservation”(Heritage Awards) were presented to 13 award-winning projects from 6 different countries of the Asia-Pacific region. The 6 nations are Afghanistan, China, India, Iran, Nepal and Thailand.

About the United Nations Educational, Scientific and Cultural Organization (UNESCO):