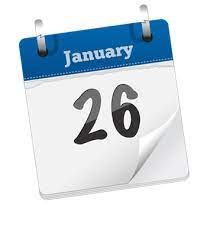 January 26th marks a special day in India’s history, as the nation celebrates its Republic Day with festivities and pride. This important holiday honors India’s past, present, and future, and is an opportunity for citizens to come together and celebrate the nation’s rich culture, diversity, and values. Here, we will explore the significance of India’s Republic Day and how it is celebrated throughout the country.

A Festive Day of National Pride

January 26th is a day of national pride and celebration in India, with government-sponsored events and parades taking place across the country. Citizens of all ages come out to join in the festivities and show their support for the nation, with many wearing traditional Indian clothing or waving Indian flags. The day is a time to honor India’s history and its vibrant culture, as well as its ongoing commitment to democracy and freedom.

A Celebration of India’s Rich Culture

Republic Day celebrations in India often include performances of traditional Indian music and dance, as well as displays of traditional Indian art and crafts. It is an opportunity for citizens to come together and share in the nation’s culture and heritage, and to honor the generations of Indians who have contributed to the country’s rich cultural history.

January 26th marks the day in 1950 when India’s Constitution was adopted, declaring the nation an independent republic. On this day, citizens reflect on India’s past and the long struggle for independence from British rule. It is a time to remember and honor the heroes of India’s independence movement and the sacrifices they made for the nation.

Republic Day is also a day to honor the citizens of India and to recognize their contributions to the nation’s progress and development. On this day, citizens from all backgrounds come together to celebrate India’s diversity and to recognize the importance of unity and solidarity.

A Day of Reflection and Gratitude

January 26th is a day of reflection and gratitude for all that India has achieved. Citizens take time to recognize the progress the nation has made and to give thanks for the opportunities and freedoms that they enjoy. It is also a day to recognize the hard work and dedication of India’s citizens in making the nation a better place.

Republic Day is an opportunity to showcase the diversity of India and to celebrate the nation’s many cultures and religions. Parades and performances often feature traditional Indian music and dance, as well as displays of local art and cuisine. This is an important reminder that India is a nation of many cultures and religions, and that its citizens are united by a shared love for the nation.

January 26th is also a day to recognize India’s many achievements, both past and present. From its long history of scientific and technological advancement to its vibrant culture and its commitment to democracy, India has much to be proud of. On this day, citizens take time to recognize the nation’s successes and to give thanks for all that it has accomplished.

India’s Republic Day is also a time to celebrate the nation’s values and ideals, such as democracy, freedom, and justice. On this day, citizens come together to reaffirm their commitment to these values and to recognize the importance of upholding them.

Finally, Republic Day is a day to unite India’s people and to celebrate the nation’s unity and solidarity. On this day, citizens come together to share in the joy of the nation’s accomplishments and to reaffirm their commitment to its progress and development.

India’s Republic Day is a day of national pride and celebration, as citizens come together to honor the nation’s past, present, and future. On this day, citizens celebrate India’s rich culture and diversity, remember its history, and reaffirm their commitment to its values and ideals. It is a joyous day, as citizens proudly honor India and come together to celebrate its Republic Day!

India’s Republic Day is an important day of celebration and national pride, as citizens come together to honor the nation’s history and its many achievements. It is a day to remember and honor India’s past, to celebrate its culture and diversity, and to show appreciation for its citizens and their commitment to the nation. January 26th is a day of joy and reflection, as citizens proudly come together to celebrate India on its Republic Day!