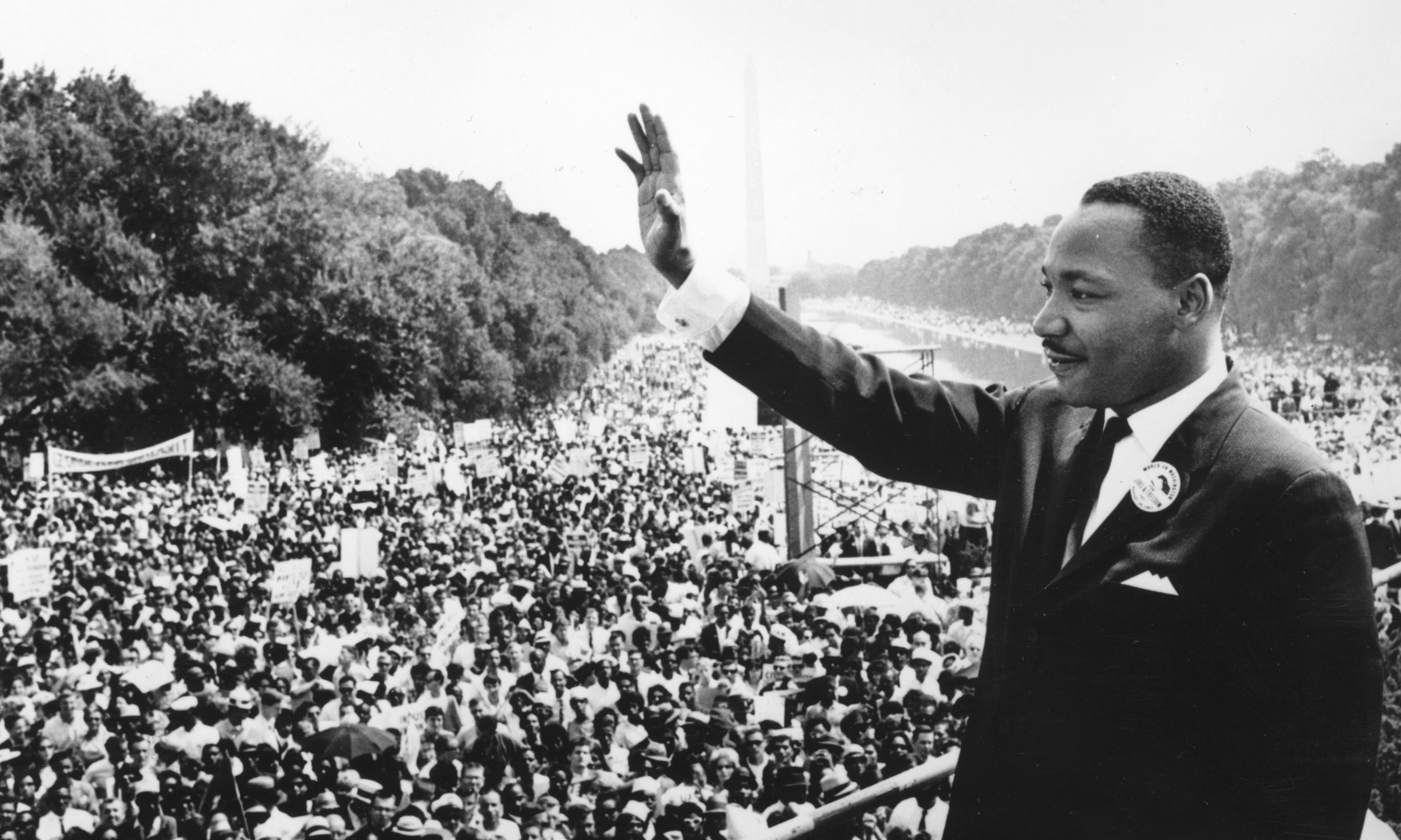 Black American civil rights leader Martin Luther King (1929 - 1968) addresses crowds during the March On Washington at the Lincoln Memorial, Washington DC, where he gave his 'I Have A Dream' speech.

Learn the story of Martin Luther King Jr., one of the most influential American civil rights activists. Find out how his famous “I Have a Dream” speech inspired a nation to strive for justice and equality.

Martin Luther King Jr.’s famous ‘I Have a Dream’ speech of August 1963 is widely regarded as one of the most significant moments of the civil rights movement and a reflection of the power of peaceful protest. The inspiring words of the speech continue to be inspiring and resonates with people throughout the world. This article discusses the background story behind King’s iconic speech, its impact, and how it shaped a movement.

Martin Luther King Jr. was one of the mosts iconic Civil rights leaders of all time. His ‘I have a Dream’ speech is known for galvanizing public opinion and influencing the civil rights movement for decades. The speech used the language of justice, peace and freedom to rally together a nation. King’s message was simple yet powerful, calling for an end to racial discrimination. The speech has become an enduring symbol of the power of peaceful protest and has been looked back on as a major moment of change.

Martin Luther King Jr. was born in Atlanta, Georgia in 1929. As the front-runner of the civil-rights movement, he worked tirelessly to end racial segregation and discrimination. His speeches were often stirring, powerful, and became a source of collective pride and solidarity for millions of people. King’s leadership and influence extended far beyond the United States, and he is now remembered as one of the most influential people in modern history.

Revisiting Martin Luther King Jr.’s ‘I Have a Dream’ Speech & Its Impact

It was a speech delivered on the steps of the Lincoln Memorial that propelled Martin Luther King Jr. and his message of justice, peace and freedom into the limelight. On the 28th of August, King addressed over 250,000 protesters who had gathered to hear him speak. According to the audio recording, King spoke for 16 minutes and made his most famous statement, saying: “I have a dream that my four little children will one day live in a nation where they will not be judged by the color of their skin, but by the content of their character.”

Martin Luther King Jr.’s life and legacy will forever be remembered. He was a champion of civil rights, non-violence and social justice who dedicated his life to advancing civil rights. He was an immensely talented orator and inspirational leader, who used his words to reach and influence millions of people. His powerful “I Have a Dream” speech continues to be a source of inspiration and a reminder of the power of peaceful protest.

Exploring the Story & Legacy of Martin Luther King Jr.: ‘I Have a Dream’ Speech & Beyond

The story and legacy of Martin Luther King Jr.‘s ‘I Have a Dream’ speech will remain indelibly etched in our history books. His speech served as a vessel of hope for a generation of people who were disenfranchised and inspired a movement which persists to this day. King’s life and legacy will remain an inspiration for generations to come as we continuously strive for justice, peace and equality.

Martin Luther King Jr.’s ‘I Have a Dream’ speech was an inspiring example of the power of peaceful protest. His words continue to be an integral part of the ongoing civil rights movement and will remain a reminder of our collective potential for great change. King’s commitment to justice, peace, and freedom has inspired generations of people to stand up for what is right, and his legacy will continue to inspire people for years to come.