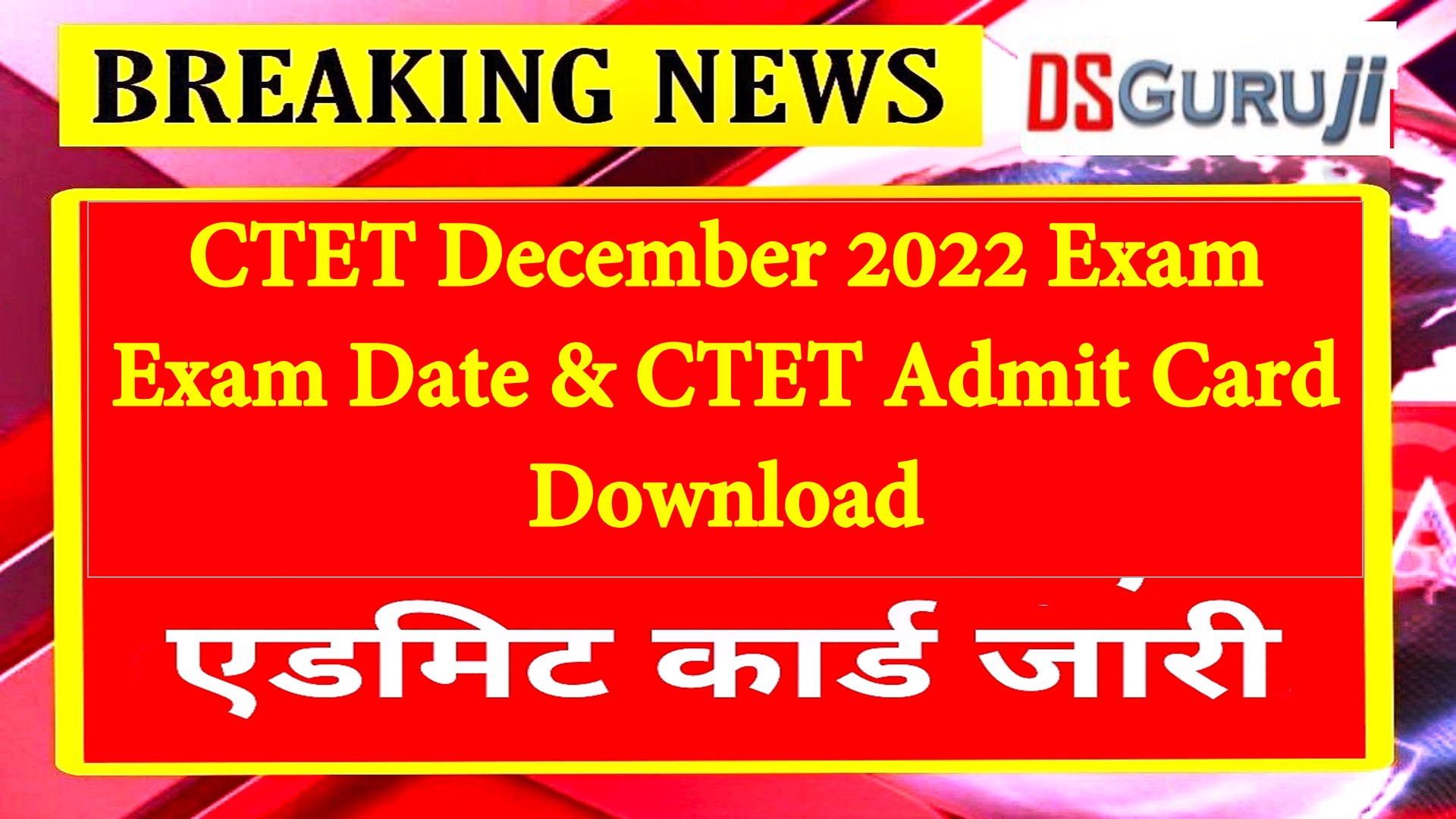 CBSE has released the ctet admit card download: The Central Teacher Eligibility Test (CTET) exam center has released the slip of the center city. CTET candidates can now know in which city their exam center is located. CBSE has also said that candidates should not consider it as an admit card. This is just the pre-admit card. Candidates can download the pre-admit card (Center City) by visiting the official website ctet.nic.in. Cbse will activate its link on the exam portal ctet.nic.in to download the CTET Admit Card 2022. Candidates will be able to download their admit card through this link.

Let us tell you that the recognition of CTET has now been changed from seven years to life. Ctet will be conducted in 20 languages in CBT mode in The month of December.

Candidates who pass this examination can apply for appointment to the post of teachers in Kendriya Vidyalayas, Navodaya Vidyalayas and Army Schools across the country.

Topass the
CTET exam, any candidate must score the minimum qualifying marks. General category students are required to bring at least 60 per cent in the examination. For OBC, SC and ST students, the minimum marks are 55 per cent.